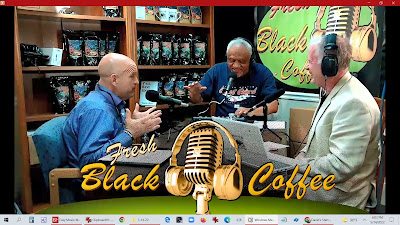 Defense attorney, Kevin Adams, talks about his litigation of the David Ware Trial, and the death penalty Ware received for the death of a police officer.
Then we discuss the severe miscarriage of justice due to Oklahoma's misguided laws and outdated schedules for public defenders.
Kevin previews a murder case set to start in Cherokee County, were a woman was held in sex bondage and sadist torture, only to break free just before her impending murder. She now faces a murder charge and has been held in psychiatric facilities after 18 months without bail.
In part 2 of the episode, Eddie & Dave discuss the Supreme Court drama and the failure of the Justice Dept. to punish the jury tampering via protests outside the private residences of the justices.
Then we discuss the current marijuana state initiative petitions and Dave & Eddie debate long-held differences in their views on this subject.
Lastly he highlight the congressional races set for this coming Tuesday, in Pennsylvania.
Audio
Video
Catch all our shows at www.FreshBlack.Coffee
Connect with us at www.facebook.com/freshblackcoffee
Our audio podcast is at feeds.feedburner.com/thefreshblackcoffeepodcast
Our video podcast is at feeds.feedburner.com/freshblackcoffeevideo
Watch the video on our YouTube channel, Facebook, website, or with your podcasting app.
We record the show every Saturday and release it later the same day.
Jeff Davis commentary appears courtesy of www.theThoughtZone.com
at May 14, 2022
Email ThisBlogThis!Share to TwitterShare to FacebookShare to Pinterest
Newer Post Older Post Home