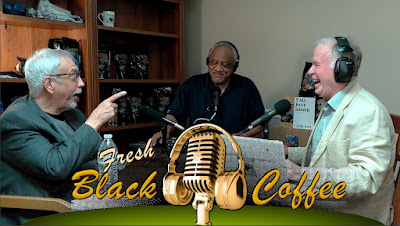 Election Bracketology With Randy Krehbiel - full show
The 2022 Oklahoma Election Brackets have been released. Political reporter, Randy Krehbiel of the Tulsa World, came to the studio for an in-depth breakdown of the races settled and the campaigns ahead.
We discuss Randy's big scoop and interview with Former EPA chief and Oklahoma AG, Scott Pruitt.
David discusses the 54 legislative races that have already been decided because only one person filed.
Then there's the court offices of Judge & District Attorney, which were about 80% uncontested.
Randy talks about Oklahoma's trends and the changing landscape in county races.
Eddie talks about the impact of social media on elections & culture, and discusses the Elon Musk factor with his effort to take over Twitter.
Randy agreed to come back at the end of June to recap how this bracket looks at halftime in the 2022 election cycle.
AUDIO
VIDEO
Catch all our shows at www.FreshBlack.Coffee
Connect with us at www.facebook.com/freshblackcoffee
Our audio podcast is at feeds.feedburner.com/thefreshblackcoffeepodcast
Our video podcast is at feeds.feedburner.com/freshblackcoffeevideo
Watch the video on our YouTube channel, Facebook, website, or with your podcasting app.
We record the show every Saturday and release it later the same day.
Jeff Davis commentary appears courtesy of www.theThoughtZone.com
at April 16, 2022
Email ThisBlogThis!Share to TwitterShare to FacebookShare to Pinterest
Newer Post Older Post Home