From The Plantation to The Kennel- From Slaves to Pets. 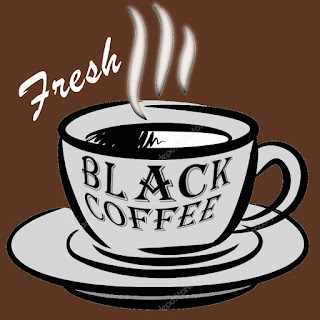 You have heard the saying, "going from the frying pan into the fire."  In other words, going from bad to worse.  Well, when it comes to Black America I think we may have such a situation.  For several years many black Conservatives have used "The Plantation" metaphor to describe the relationship of black Americans to the Democrat Party and their Liberal-Progressive leaders.  The idea is that most black Americans have been re-enslaved by Liberal ideology and groups to do their bidding. The Democrat or Liberal Plantation is considered the new space occupied by many black Americans and they are run by their white Liberal masters and black overseers.

While I think this fits, in many cases, just recently I have come to see a different metaphor.  That is one of a kennel.  Black People have become "The Pets" of the Liberal Progressive movement and the Democrat Party, and they now live in a virtual kennel.

Here is my reasoning.  The plantation was a very harsh place, where African slaves were put to work and abused.  They were often chained and they had NO social, cultural or political freedom.  If they did not work hard enough or they misbehaved, they were beaten, starved, the women raped and many other harsh and abusive measures were used to keep them in line. They were not free to go to school, or be otherwise educated or take part in society at large and the political process. We do not see that today.  Black Americans are free to learn, socialize, earn an income, and participate in the political process without being beaten or abused physically.

Black people are not treated harshly, as a matter of routine, today.  In fact, they are actually treated special and often pampered, regardless of what "Black Lives Matter" and Colin Kaepernick might try and make you believe.  They are no longer forced to work, they are not beaten, or abused in any manner by "The Man."  The opposite is actually true.  Black American "Inner City," "Ghetto dwellers,"  are actually fed, housed and clothed for not working and many outside of "the Hood," make a very good living merely for doing "the man's" bidding and toeing the Party line.  Many of these are pampered and fawned over, especially the well groomed (trained and behaved), i.e., athletes, entertainers and loyal politicians.  They are given lots of freedom and treats, but when their masters call to "Heel," they know to come running and know their place.

My elderly mother has a pet, a French Poodle.  It used to try and run off, if you left the door open. We had to keep it on a leash, if we took it outside, so we would not have to go find it.  One day I decided I wanted to try and train the dog. I would take the dog out on a leash but would carry dog treats.  It was the type of leash that was spring loaded and could be let out for about 30 to 40 feet.  I would let the leash out and when the dog stayed with me or would come, if I called, it would get a treat.  Eventually I no longer used the leash and the dog stayed in close proximity.  It would go maybe 30 or 40 feet and had the freedom to walk around without a leash, but if I called, it knew to come and has ever since obeyed my commands and stayed near by.  The dog is no longer on a physical leash but on a mental one, knowing that if it is obedient, it will be well treated and possibly even get a treat.  This is how I see the relationship of much of Black America to the Liberal Progressive movement and the Democrat Party.  They think they are free but in reality they stick close and wait for that treat. Not only that, they have been trained attack anyone their masters ask them to.  See Republicans, sic 'em boy, sic 'em girl.  See Conservatives, black, white and other,  sic 'em.  Oh and if one of the other pets gets the idea that they might want to be free, the obedient "pets" attack and try to force them back into submission.

I remember back in 2000 and the Bush v. Gore Florida mess in which the Republicans were accused of stealing the election.  We were led to believe that voters in the black neighborhoods were intimidated by the GOP and that black votes were somehow not properly counted.  I was having lunch with a black Democrat about a year after this and he found out that I was a Republican.  We were in a Black owned restaurant and he looked around to see that no one was listening to us and he said, "I have never told anyone this but I voted for Bush.  Al Gore just scared the hell out of me."  Here was a grown man, in this mid 30s, afraid to publicly admit that he had made a particular choice in a free election.  He was afraid that the other pets would attack and harm him or his family, if they knew he had exercised this freedom of expression.

The sad thing is that this pet mentality works against the advancement of the race.  While most immigrants come into the country work or study hard to get ahead and see their posterity advance beyond them, "Black Pets" are happy to be stroked, told how special and wonderful they are, or how sorry Democrats and Progressives feel for them in order to get whatever the those entities feed them.

Booker T. Washington saw the potential for this and said in his speech as part of the Harvard commencement activities, in 1896, when he said:

This country demands that every race measure itself by the American Standard. By it a race must rise or fall, succeed or fail, and in the last analysis mere sentiment counts for little.

During the next half century and more, my race must continue passing through the severe American crucible. We are to be tested in our patience, our forbearance, our perseverance, our power to endure wrong, to withstand temptations, to economize, to acquire and use skill,; our ability to compete, to succeed in commerce, to disregard the superficial for the real, the appearance for the substance, to be great and yet small, learned and yet simple, high and yet the servant of all.

This, this is the passport to all that is best in the life of our republic, and the negro must possess it, or be debarred."

Unfortunately we have allowed ourselves to be trained to accept the kennel food, housing, gifts and thinking, instead of finding a better life of liberty found in fighting through the crucible.  So many of out fellow descendants of ex-slaves have allowed themselves to become pets and as BTW called it "debarred" from the real blessings of all that America has to offer.

Let me close by saying that turning of people into pets is no longer only reserved for black people.  Hispanics, women, the elderly, immigrants, all are being turned into pets.  It is a crazy time and a sad situation.  People are willing to give up freedom of thought and action to become pets. They have given up their freedom of thought and expression in exchange for having things given to them.  Many prefer to receive free things vs. working hard and earning them.  While this is a growing problem among all races, it is especially sad for the Black community considering their history.

Let's stay free and continue to work to set the pets free to regain their humanity.